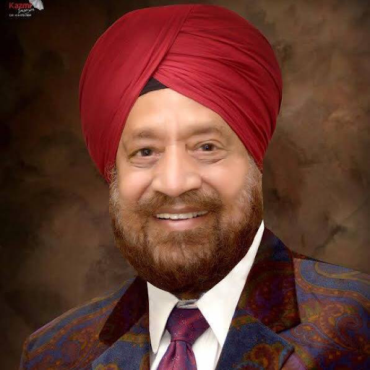 A businessman, humanitarian, and a devoted spiritual individual who lifted everyone around him was born at a humble residence to wise and devoted parents in India on 15th December of 1937. PrithpalChagger’s pedigree set him up early in life to achieving greater good for others. With practical and academic knowledge abound, he migrated from India to Canada in 1975. In Canada dedication, hard work and love for family alone may not be enough to be successful! Fighting against the elements like Wind-chill Factor of -35 in the winter years or travelling without an automobile tested his limits. But PrithpalChagger overcame not only the above but social barriers, work place ethics and self-improvement throughout his early years in Canada.

He started his career in Canada in 1975 as a supervisor at a textile mill engaged in knitting, printing and dying. He further educated him at a local college in Waterloo, Ontario. He quickly found success and gradually climbed up the ranks and became a manager. His success in Canada was quickly noticed by upper management and he was sent to the USA, Dalton to learn new technology in textiles.

In 1983 he joined LNG Carpet Industry with he y promotion. The ever energetic and entrepreneurial mind of PrithpalChagger was now ready to venture into his own professional practice. In 1993 he opened ACI Financial Group. An Insurance and Financial Institution, dedicated to the new comers to Canada and others. This was the beginning of his business success. Prithpal soon added taxation to his portfolio, which further benefited his countless clients. Thereafter, he became the CEO of SARTAJ IMPEX and ACI Informatics Inc. However, all along PrithpalChagger never forgot his struggles in Canada and soon ventured into recruiting others into his business, mentoring them and guided families into financial success. Apart from being a prosperous businessman, he is well known as an official Ordained Minister of Religion since 1981 in Ontario. Having full faith in Gurbani, he believes in the service of mankind irrespective of cast, creed religion and nationality. He is well known among others as a “Spiritual Human Being”. His deep belief in Multiculturalism in Canada is reflected in his social and humanitarian work. One such organization is Heartland Creditview and Community Health Services. As the Chairperson and President of the Board of Directors, at HCCHS, he singlehandedly financed its Seniors Wellness, Women’s Empowerment and Youth Life Skills Projects. When government funding fell short he injected funds into this important social service agency. The main aim of this organization is to empower others, help the least fortunate, the needy and make the community prosperous for all.

As a Rotarian, whose moto is Service Above Self, he has taken the role of President Elect 2016-2017 and will be the President 2017-2018. For a person of his age and wisdom this is a testament of his resilience and toughness. He is a role model for the young, families and the elderly. He is involved with not only with his community but others in Canada.

One of the best accolades bestowed upon him is that PrithpalChagger is a writer, a great lover of music and literature, particularly poetry. He not only writes and participates in KaviDarbars (Mushairas), but organizes such events with great fervor, inviting other personalities of literature from around the world. He regularly honors and awards accomplished poets, musicians and social personalities.

Mr. Chagger is a Life Member of India-Canada Chamber of Commerce (ICCC) and the Chairperson of the International Corporate Trade Committee. 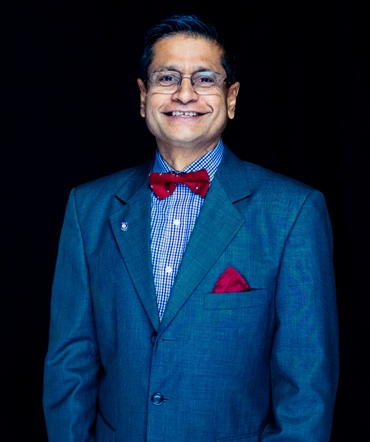 Ehsan held senior executive positions at major hotel chains around the world. He is deeply involved in the community as such, he is the current Senior Executive VP of a major political party in the Riding Committee of Mississauga-Malton. Established Rotary Senior’s Club and orchestrated Rotary Global Grant of $73,000 USD for Faisalabad Sanitation Project in India to benefit 13,000 children. Winner of numerous Sales Awards, including the 2nd highest sales performer in entire Canada at RBC Insurance and a member of the Million Dollar Round Table (MDRT). Several National Quality Awards from Advocis. He is known for his intellect for project management, team building and customer service training. A self-starter. Train-the- Trainer for hotel management and youth development programs director. 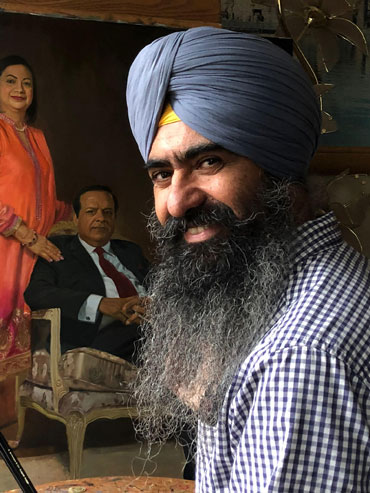 By profession, Kulwant Singh is an Artist with Bachelors and Master’s degree in fine art (drawing and painting) with over 25 years of experience. He was born in Punjab, India in 1968. He got his education from Guru Nanak Dev University, Amritsar. He was a Gold medalist in Masters of History of Art program and was invited into Santiniketan, Calcutta India for specialization into fine Arts and portraiture. After arriving in Canada, he attended continue study in Ontario College of Art and Design where he did his courses into figurative and portraiture.

He has exhibited his art work in various galleries in Canada and internationally. Recently there have been many exhibitions displaying his art work. He believes that art is the way to expression of feelings and emotions of soul. According to Kulwant, it is this creative exchange, the conversation between artist and paint, which allows his canvases to come to life. In GTA he has exhibited his work in City hall and metro hall Toronto. In addition, he got the opportunity to display his varied art work for Sikh heritage month Solo show at Beaux- Arts, in April 2016-17, peel art gallery and museum archives Brampton. Also, he was invited to Parallax art fair, London, United Kingdom, in October 2017 to display his portraiture and still life art work. He has been awarded from various government and art academies for his art work at various levels. He creates portraits, still life and landscapes but commissioned portraiture is his major.

Being a Canadian, he has always felt to honor the great soldiers and warriors who fought in the battle ground representing Canada. This is the reason; he started paintings of these great warriors on his canvas. While pursuing this interest, he has painted portraits of Mark Graham and Tyler Crooks. Before doing this, he has also made portraits of two American heroes, Brain Murphy and Sam Linda. Both of the portraits are well displayed in Oak Creek city hall, Wisconsin US. I would also like to mention that his work includes portraits of Peel Police Chief, Jennifer Evans and Defense Minister of Canada, Hon. Harjit Singh Sajjan. He lately painted the commissioned portrait of former Mayor of Brampton, Linda Jeffrey.